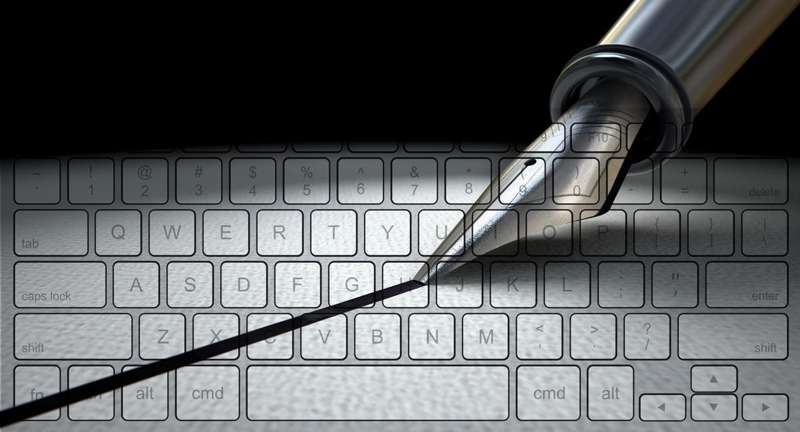 The so-called paperless society has long been an aim of futurists and technology innovators alike. As computers and handheld devices have proliferated in recent years, we’re closer than ever to making that vision a reality. But it turns out that there are some unintended consequences to favoring electronic devices over the printed page: namely, that writing longhand is a dying skill, and students lose a number of benefits as a result.
One challenge with respect to writing and technology is that, as indicated by some studies, handwriting is better for memory. It’s also the cognitive exercise that takes place with respect to writing longhand: it helps the student learn to read more effectively and, especially, to write more effectively. Writing a long-form piece such as an essay or report is a complex endeavor where a number of skill sets come together, including language production, the ability to form logical constructs, and memory retrieval. As writing longhand has become de-emphasized, and in some cases eliminated altogether, the results haven’t necessarily been favorable.
At this stage of technology adoption in the K-12 world, it’s obvious that analog and digital tools will need to live alongside one another. This is one of the driving forces behind furniture setups like our computer desks with FlipIT technology. It allows students to swivel the monitor into place when it’s needed, and stow it out of the way when they don’t, giving them access to the full range of desk space.
Ultimately, teachers need to use whatever mix of technology, whether it’s longhand or digital, that works best for the student.
(Source: EdSurge)