SKU
PL-PD-HV
BASE PRICE FROM $2,295.00
Be the first to review this product
The HuddleVu, made by FSR, PD-HV-1000 single table box system employs a single FSR HV-T6 table box that allows one to four users to plug in and power their laptops or other input devices and simply push a button to display their desktop information on the main display. Any user can switch to their own laptops, tablets, and smartphones at any time simply by pushing their own button on the T6 housingColor coded HDMI cables, which are included with the system, match corresponding integrated button on the HV-T6 Table Control unit. The PD-HV-1000 System includes an HV-T6 table control unit, a controller, a switcher, and cabling for up to 4 users.
Skip to the end of the images gallery 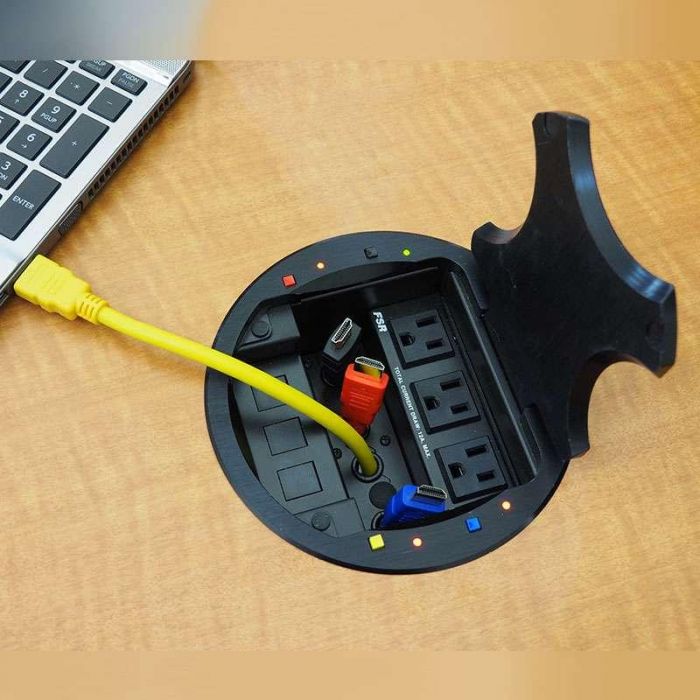 Skip to the beginning of the images gallery
Details